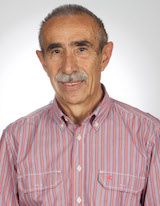 Szabó Csaba Attila Csaba A. Szabo obtained his M.Sc. degree in Radio Engineering from St. Petersburg State University of Telecommunications, Russia, his degrees Dr.Univ., Ph.D. and Dr.Habil. from Budapest University of Technology and Economics (BME) and the Dr.Sc. title from Hungarian Academy of Sciences. He is the Founder of the Laboratory of Multimedia Networks and Services (MEDIANETS) at the Dept. of Networked Systems and Services of BME.

Professor Szabo has been highly successful in academia, research and innovaton management and in business development. He was co-founder and CEO of BCN Ltd., a USA-Hungarian network system integrator and service provider company, that, after becoming a market leader in these areas, was integrated into Hungarian Telecom (a Deutsche Telecom company) where he also acted as Head of Division.

Professor Szabo served as Senior Advisor to the President of the Province of Trento, Italy. As a member of the international advisory group, he participated in the design of the province-wide optical and wireless network that was subsequently implemented and is now in operation as the largest in Europe municipal network.

He served as area head and project manager at Create-Net, the leading international research centre in Trento, Italy, for many years. While with Create-Net, he supervised the team that implemented a unique, city-wide broadband wireless network testbed.

Prof. Szabo is Senior Advisor of EAI, the European Alliance for Innovation. Professor Szabo was awarded the Order of Merit of Hungary, Knight's Cross grade.